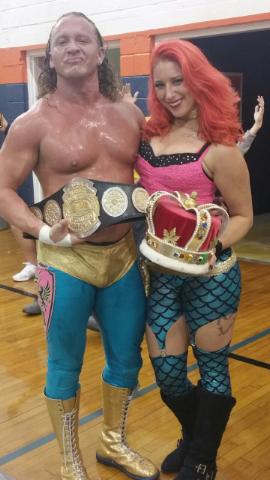 King Shane Williams (with Queen Taylor) defeated T.O. in the finals of the tournament. he becomes the 11th wrestler to hold the prestigious title.

The championship had been earlier vacated by Zane Dawson when he failed to make weight. Dawson had held the title since June of 2014.

When asked by reporters how it felt to win the EWA Jr. title, Williams simply replied, "It's good to be King!"

ADDED NOTE: We will be updating our EWA title histories soon!
Published at 11:49 AM