Email ThisBlogThis!Share to TwitterShare to FacebookShare to Pinterest
Filed under: Family Photos, On The Road 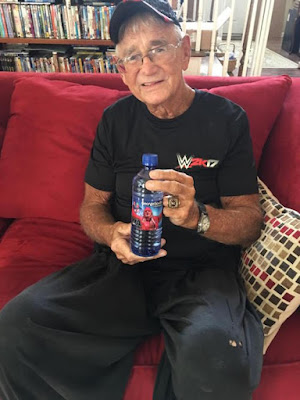 Bullitt Bob knows a good bottle of water when he sees it!
Published at 11:24 AM

Email ThisBlogThis!Share to TwitterShare to FacebookShare to Pinterest
Filed under: Legends 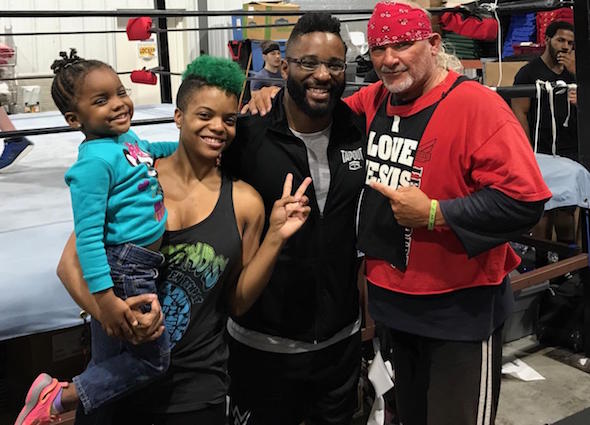 It was great being able to visit with my former student Cedric and his family. So very proud of him!!
Published at 5:57 PM

Email ThisBlogThis!Share to TwitterShare to FacebookShare to Pinterest
Filed under: Training

by Dick Bourne
Special from the Mid-Atlantic Gateway (midatlanticgateway.com)

On James J. Dillon's recent podcast "The JJ DIllon Show" (episode #10 which dropped Thursday 8/31), co-host Rich Bochinni read an email from a listener of the show. The listener asked about some of the enhancement talent that the main event guys liked to work with. J.J. answered by also talking about how one guy in particular meant a lot to him in those years:

"I always mention George South's name because, what would happen when I would line up the TVs and I would know how many enhancement people I would need, instead of going down a list, I relied very heavily on George South. And George took a big load off me knowing that he had people who he knew were going to be reliable, were going to show up dressed properly, have a respectable match, and it took a burden off of me not having to worry, especially if I hadn't seen the guy before. And as a result George worked a lot. In fact, and goes back a couple of years ago, there was one day when I was somewhere in Charlotte, and George South came up to me, and he said, 'I want to thank you because i just paid off my home and I woe you.' I just stopped him dead in his tracks and said 'George, you owe me nothing. Whatever good fortune you had was becasue you were smart enough to save your money and because I relied on you and you earned that distinction. I knew with all the other things that I had to do, if I had to have four people there, you were one of the four, and I trusted you to give me the name of the others, and you weren't going to give me the same four guys all the time, so it wasn't like you were gaining favor with certain guys, I totally trusted you and that trust was rewarded by George South.' And so I said, 'George, you owe me nothing. You earned everything that you have, and I'm just glad that you got maybe a little more work than some of the others, but you earned that right to get it.'


"Sometimes on the house shows, we would have a spot or two on the card to fill, and so I would call George and he would get some extra bookings and that was kind of a way of compensating him for what he did for me in terms of when I had a million other distractions and needed guys for TV and he made me look good. So I was dead sincere when I told George you don't owe me a thing. If anything, I owe you because you earned everything that you ever got.


And George was a great talent in the ring, I know Ric loved to work with him. But to answer your question, I don't know that there were handpicked guys. It's just everybody that was kind of like surrounding George South were all of that kind of quality, that went you went out there, they looked presentable in the ring, their ring gear looked professional, and when the bell rang, regardless of how many minutes there was or what was called for, you were gonna get a quality match."


You can listen to J.J. Dillon's weekly podcast on the MLW Radio Netowrk or download from wherever you like to get your podcasts.

Email ThisBlogThis!Share to TwitterShare to FacebookShare to Pinterest
Filed under: Mid-Atlantic Gateway

Ready For the Cowboys Kickoff! 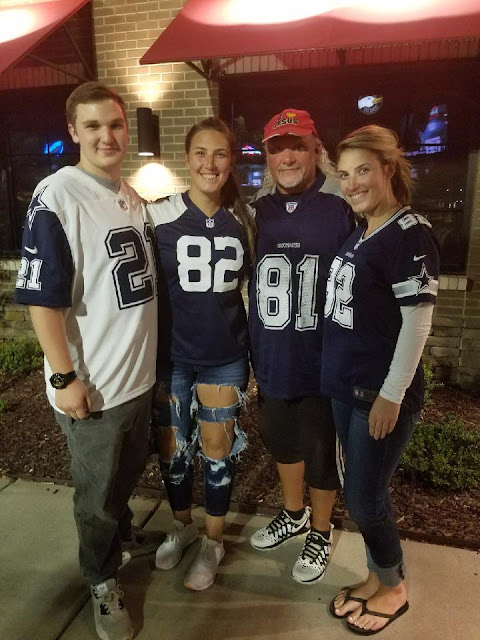